How Polluted Is the City? 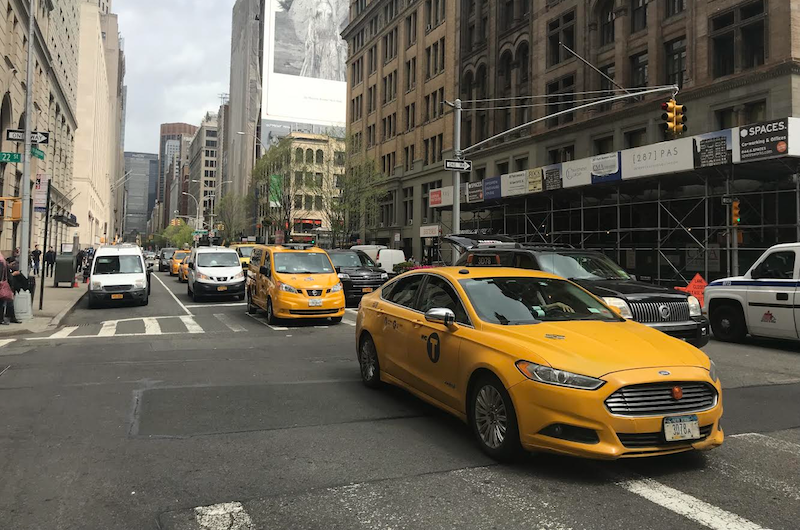 Traffic runs southbound in the borough of Manhattan, which has some of the most polluted neighborhoods in New York City. Midtown, specifically, has one of the highest particulate matter levels in the city — 10.9 micrograms.

Despite reports of decreasing air pollution levels in the United States, there is still widespread concern about how air quality may be affecting our health. In April, the Health Effects Institute released a report that connected air pollution to many health risks and even death.

The report estimates that air pollution caused 4.9 million deaths in 2017, about 8.7% of all deaths across the year. Effects of living in polluted areas include higher chances of lung cancer and respiratory and heart illnesses. But scientists believe that even lower levels of air pollution can be dangerous.

How polluted is your neighborhood?

Air pollution is made up of many different toxins. Fine particulate matter, a pollutant made up of tiny particles measured in micrograms, is one toxin linked to several public health risks. One million micrograms of these tiny particles can fit on the head of the needle.

“The fact that the EPA sets those standards doesn’t mean that levels below those standards are necessarily safe,” said Dr. Marianthi-Anna Kiomourtzoglu, a professor at Columbia University’s Mailman School of Public Health.

Data from the NYC Health Portal shows that the particulate levels in New York City have been receding, but certain neighborhoods are still struggling with higher levels of particulate matter.

“We have more and more studies that show as air pollution levels decrease, at levels below the standard we still see highly harmful effects,” said Kiomourtzoglu. But for Kiomourtzoglu and others in the field, higher air pollution will always be associated with higher risk in New York City and the United States.

These rates were calculated by the NYC Health Department. MCG refers to micrograms.